A luxury lifestyle furniture outlet has announced plans to open a new discount store at our Arrow Point Retail Park in Shrewsbury, trading as Outlet X.

Owners Universal Consumer Products (UCP) are relocating their popular Supermarket Surplus store from Market Drayton to the busy out-of-town Brixton Way site. It announced the news to its 40,000 loyal followers on Facebook on Thursday morning after much speculation on the move. They have taken just shy of 15,000 ft² of retail space and will sell a range of high street furniture brands but with savings of up to 80% off retail prices. The store will open in July.

Greg Robson, Director at UCP, said: “We are absolutely delighted to announce the news about our new store opening at Arrow Point. We have hundreds of messages every week from our customers asking us when they would be able to shop with us again and finally, we can tell them. We have an incredibly loyal, UK wide customer base who travel far and wide for a deal, so we are confident they will follow us to Shrewsbury.”

Liz Lowe, Head of Estates , added: “Arrowpoint has become a destination location attracting operators such as Outlet X who have such a following and reputation for the quality of its furniture, its discounts, and its service. With its high footfall and collection of well-known discount retailers, we knew Arrow Point would have a strong appeal.”

The letting of the three units was arranged by, Harris Lamb, who have already brought Poundstretcher and British Heart Foundation to the scheme.

David Walton, Head of Retail at Harris Lamb, said: “We have been retained by Morris Property, for some years now and have had a number of successes marketing Arrow Point. The park has a strong reputation for national and strong regional traders and benefits from an established retail presence with neighbours including Tile Choice and Charlies Stores Ltd. We are thrilled to have let this space to Outlet X, which will complement the businesses already established at the park.” 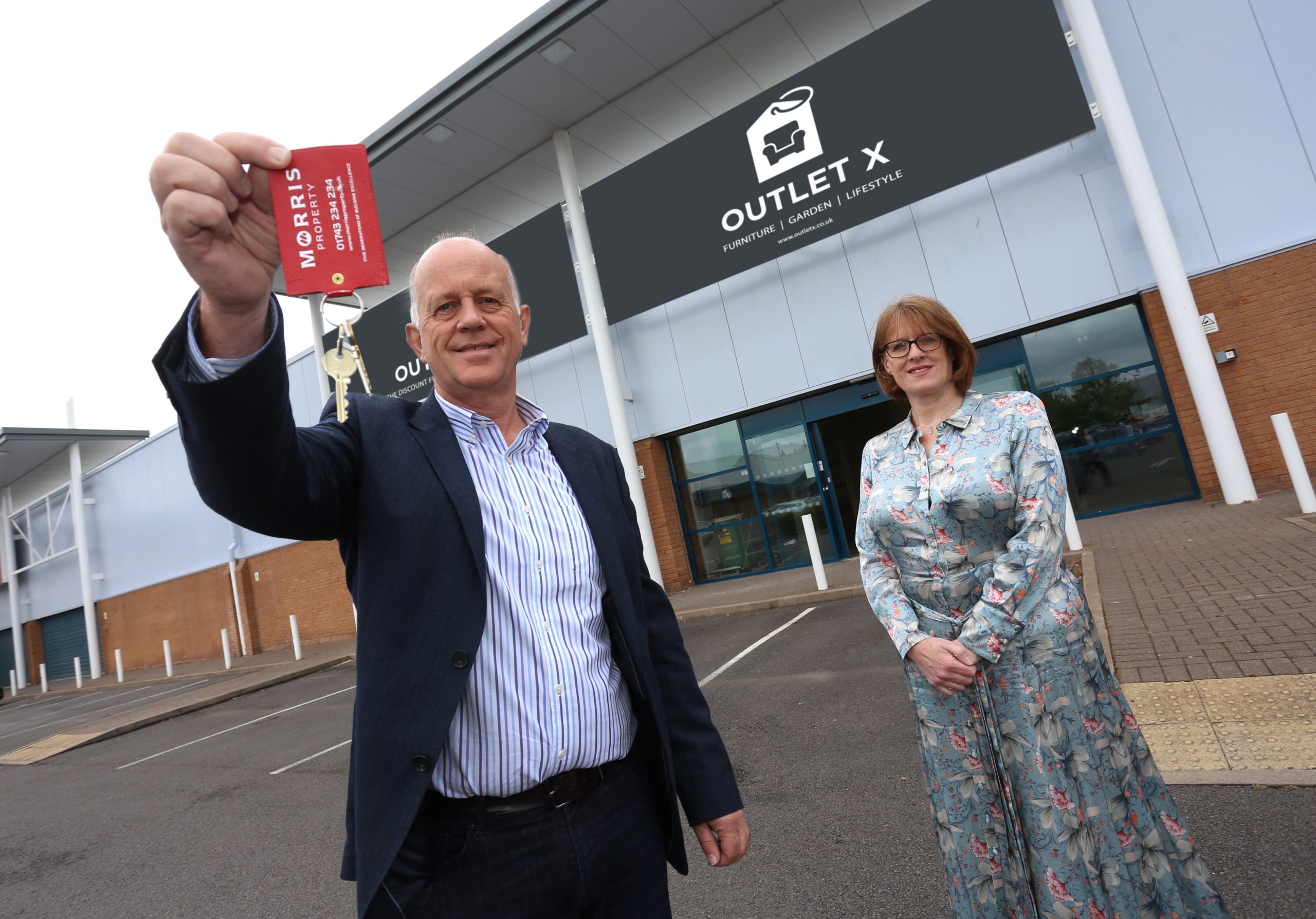 We have successfully secured planning for a new build industrial/distribution warehouse on the Hortonwood West Estate in Telford. Named as Paragon Point, the new development…

Engineers go from strength to strength with move to Access442

EWAB Engineering, a global organisation with 50 years experience in delivering Flow Technology projects for the assembly and manufacturing industry, is relocating to a new…

A school wear supplier with more than 100 years under its belt has relocated to a new unit at Access442 in Telford. Baker & Son…